A young Girlguiding member from Camerton, Hull, proved her press credentials this weekend as she went backstage to interview the star acts at Girlguiding’s girl-only BIG GIG in London.

Eleanor Brewer, 21, spent the day getting the gossip from Jess, fresh from Glastonbury, as well as Fleur East, Lawson and BB Diamond at the 15th anniversary gig at the SSE Wembley Arena. 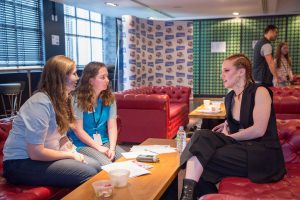 Eleanor, who volunteers with Girlguiding groups in the Hedon District, said: “Interviewing all the acts and hearing their advice for Guides was really inspiring.

“A few acts told me that when they were younger they were taking things too seriously. I think teens are under so much pressure today, and it was really interesting to hear the acts reflect on this.

“I’ve just finished a degree in Media, and so this has been an amazing opportunity I just couldn’t pass up!”

Girlguiding’s BIG GIG is an annual pop concert exclusively for girls aged 10 to 14 from all over the UK, including hundreds from the North East. Events such as the BIG GIG are possible thanks to generous funding from players of People’s Postcode Lottery.

For more information about Girlguiding go to girlguiding.org.uk. 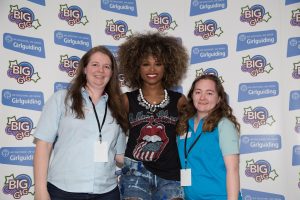